We want to thank everyone for using Mackerel this year, it’s been a great one.

Next year we plan to keep pushing ahead and continue improving Mackerel, and to do so we’ll be anxiously waiting to hear your feedback and opinions.

And now for the last Mackerel update of the year!

Now, by assigning any expression to graph query parameters, it’s possible to draw a variety of different graphs.

This can be used, for example, for comparing current graphs with data from the same time last week, calculating cache hit ratio, graphing the total values of each service metric series, and for various other purposes.

Graphs that are created can be pasted in custom dashboards with iframe.

For more information, please refer to the following guide.

This feature is being released as an experimental feature. While there are no necessary changes that need to be made in order to use this feature, please be aware that there is a possibility when this feature is officially released that your designated function names and their behavior may change.

We’re looking forward to receiving your feedback regarding this new feature.

API for user operations has been added

The API for user operations has been added.

Now users can get the list of users belonging to an organization, as well as delete users using the API.

For more information please refer to the API specs.

Before, when configuring Mentions in the Slack channel settings, it was only possible to select one type of Mention from a drop down menu for each of the three alert statuses: OK, Warning, and Critical. With this update, users can now write their own custom Mentions for each of kind of alert status.

For example instead of a mention (e.g. @here), you could use different emoji as your Mention descriptions.

As for the four types @channel, @group, @here, and @everyone, they will be automatically converted to the format used by Slack. For other commands please refer to Slack’s documentation. 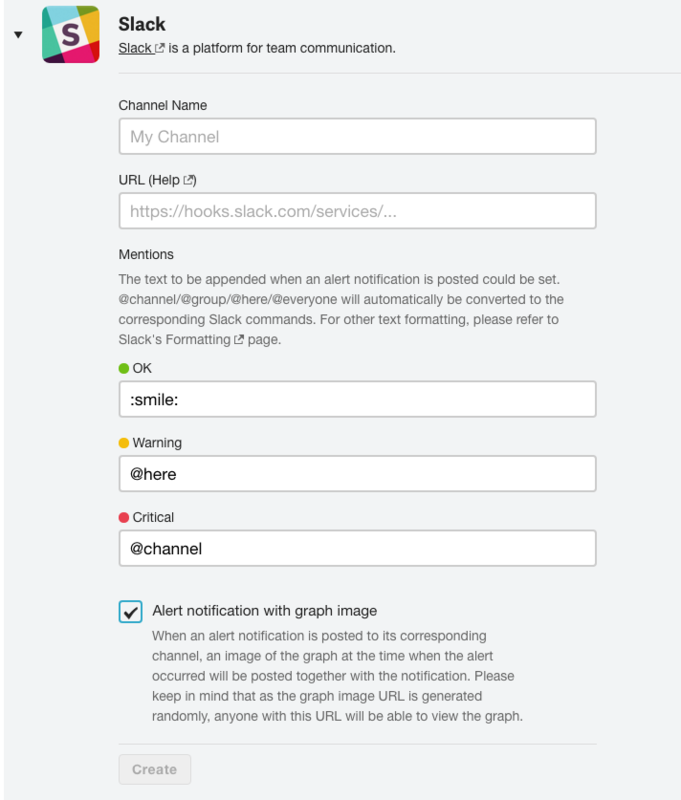 Roles will now be displayed in HTML emails that are sent in correspondence to host metric alerts. 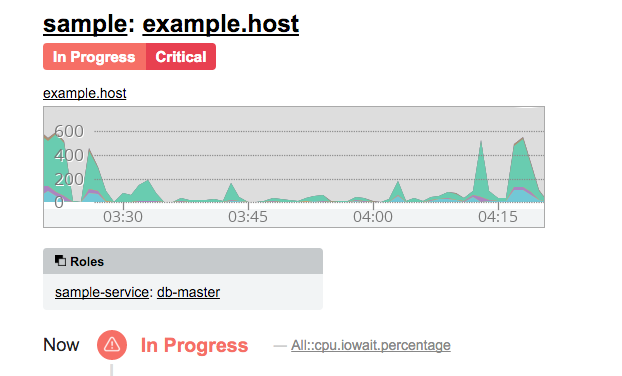 It’s possible to jump directly from the body of the email to the role graph.

Google account integration, which before was only possible when creating a new Mackerel account, is now possible with existing accounts as well. 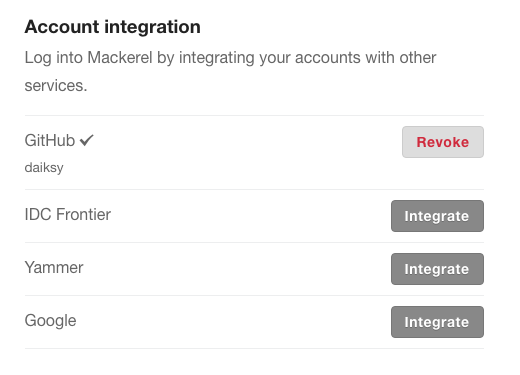 Integration can be done in the User Account Settings screen.

This year’s Mackerel Advent Calendar has officially reached completion! Thank you so much to all who contributed!