…it seems to have been quite well received, so we will now be officially offering “hacker” as an alternative to the original “skyscraper” Mackerel theme.

You can change themes by going to your Account Settings and selecting the User Interface tab. (https://mackerel.io/settings/user) We’re planning on adding more themes in the future, so we hope you’ll look forward to new releases! 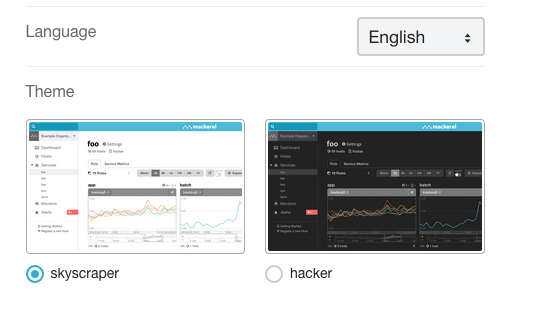 At Mackerel our aim is to continuously improve our UI by making it more convenient, intuitive, and easy to use.