Support has been added for monitoring based on filesystem usage.

Mackerel now supports monitoring based on filesystem usage percentage. In the instance of multiple file systems, thresholds which have been configured will behave relative to the filesystem which has the highest usage. Until now monitoring was only being done relative to the absolute value (filesystem.*.used) of filesystem usage and so on, which isn’t really all that useful, so from now on it will be possible to configure thresholds based on a percentage value, as well as targeting the file system capacity of varying hosts with a single monitoring rule.

In order to configure monitoring to filesystem usage percentage, when creating a new monitoring rule, specify Filesystem% as the target metric. 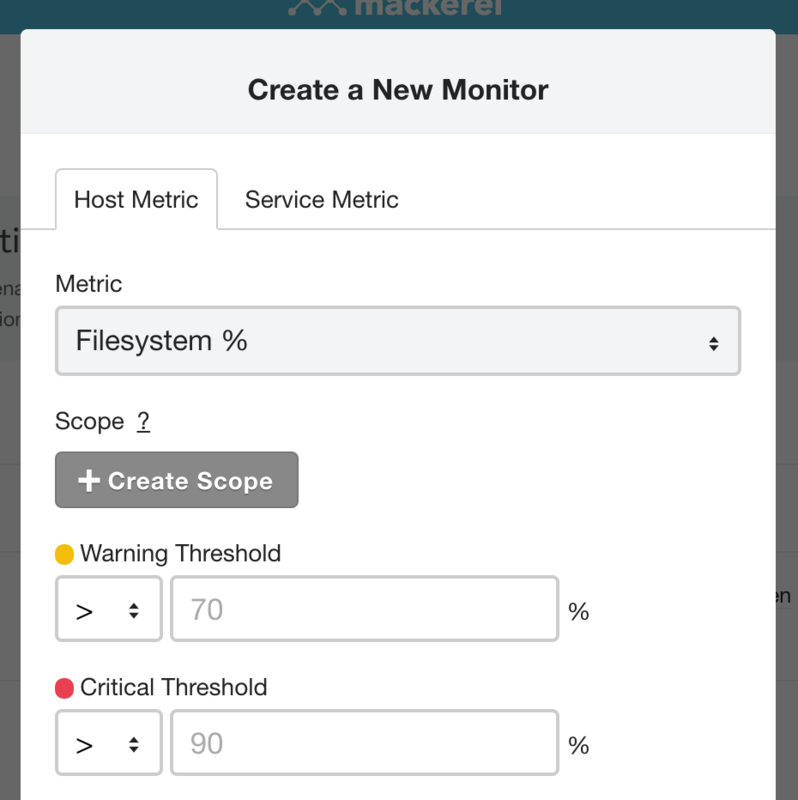 mackerel-agent v0.14 has been released

The following are the changes that have occurred with mackerel-agent’s most recent update.

mackerel-agent-plugins v0.6.2 has been released

With the release of mackerel-agent-plugins v0.6.2, we have fixed a bug affecting the JVM plugin.

We’ve received some much appreciated feedback from Mackerel users regarding difficulty when entering large numbers and confirming their accuracy when configuring monitoring rule thresholds, so we’ve made adjustments accordingly, going to “M” and “G” to make it easier to see clearly when large values are being displayed. 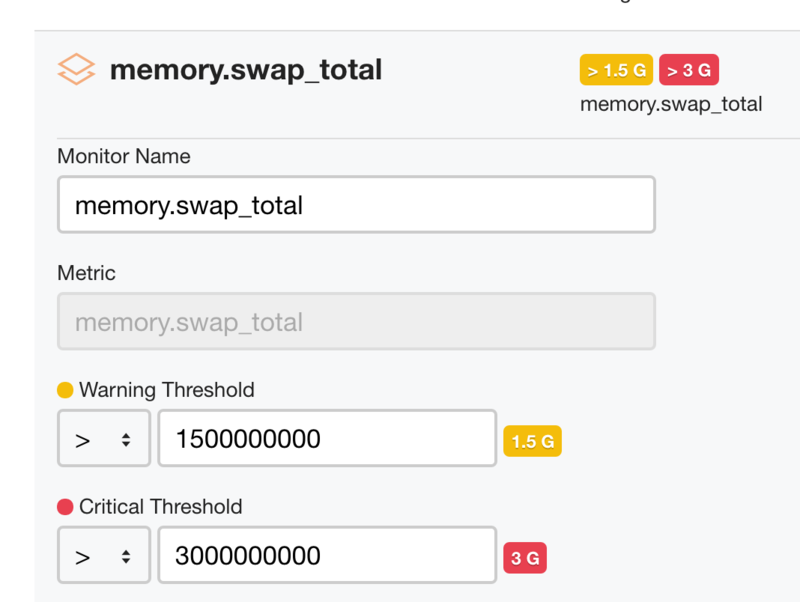 Monitoring rules will now be given names automatically.

Until now, when configuring monitoring rules it was necessary to enter a name for the rule, but now we’ve made it so that a name will be assigned automatically from the target metric of the monitoring rule. Depending on necessity, however, it is also possible that a rule’s name will not be automatically generated.

Mackerel Meetup #3 will be held the evening of January 22nd in Roppongi. An engineer from FreakOut will be speaking about how they use Mackerel as well, so we really hope you’ll join us!