Hello! My name is Nishiyama (

id:tukaelu) and I joined the Mackerel team as a CRE in May.

It’s hard to believe that 1 month has already passed since the start of the new Reiwa era, and it’s also been 1 month since I joined the Mackerel team. This is my first time bringing you the release announcement! I’m definitely looking forward to seeing you all at future events!

In fact, we participated in the AWS Summit Tokyo 2019 held over three days last week at the Makuhari Messe (from July 12th to 14th).

This year's Makuhari Messe was even larger than last year and still crowded with a large number of visitors. Thank you to everyone who visited the Mackerel booth! 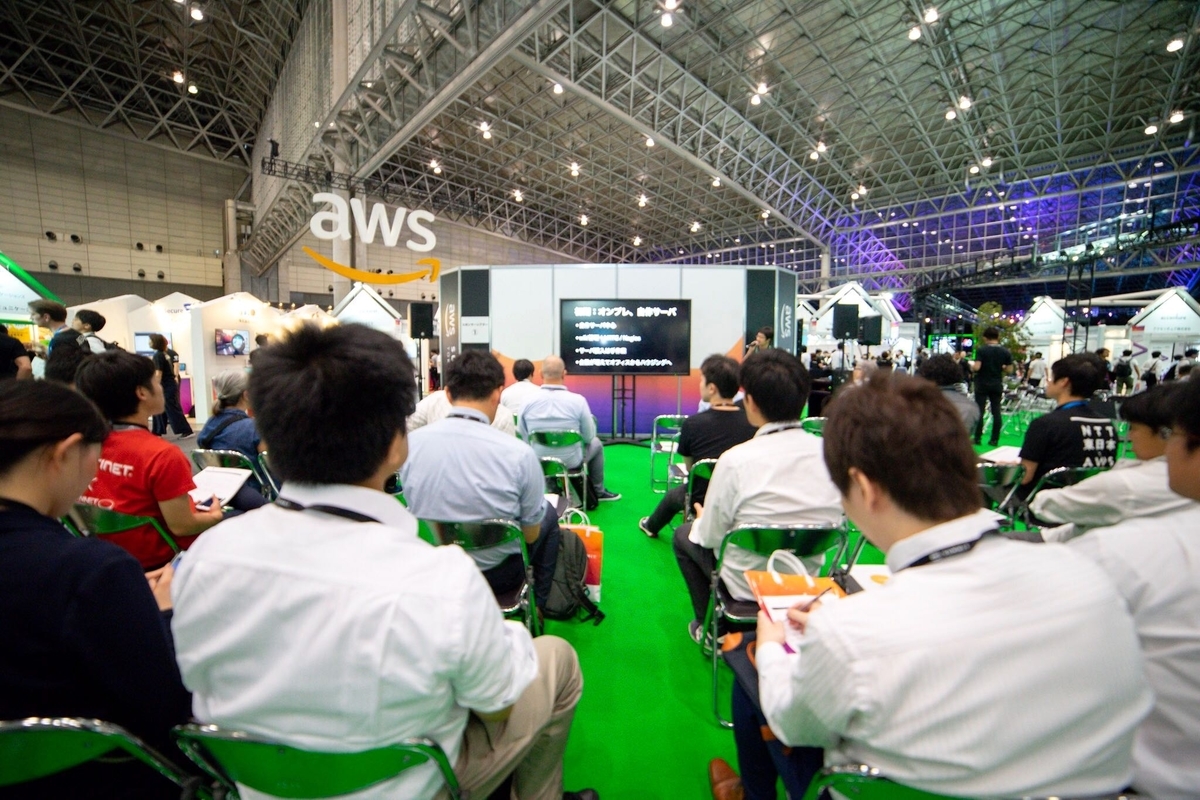 One of our engineers, Watanabe (

id:wtatsuru), ran a mini session that attracted quite a few quests.

We’re also planning on participating in the AWS Summit Osaka 2019 at the Grand Front Osaka next Thursday, June 27th. If you’re going to the event, be sure to stop by the Mackerel booth!

With Integration configured, 1 File System = 1 Micro host in Mackerel with a maximum number of 28 metrics.

JAVA_HOME changed to the default search option with mackerel-plugin-jvm

Searching under JAVA_HOME (such as $JAVA_HOME/bin/jps etc.) is now the default when JAVA_HOME is configured as an environment variable in mackerel-plugin-jvm.

If JAVA_HOME is not configured, /usr/bin (such as /usr/bin/jps etc.) will be used as before. If anything other than /usr/bin is specified, you can simplify the specification of command options by configuring JAVA_HOME.

Because this update is an incompatible update, users should note whether or not JAVA_HOME is configured in environment variables when performing this update.

From May on, the itemization of Standard hosts/Micro hosts regarding payments is now displayed in the credit card charge log which can be accessed from the organization’s plan tab.

The version of Elasticsearch is now displayed in the ElasticsearchService host information of AWS integration.