In late February we plan to release a role assignment feature for AWS integration using values set in the AWS tag. This is to notify you that adding this feature will change some behaviors.

About the feature that assigns roles by tags

The tag format is described as follows:

For example, to assign a “api” role in a "webapp" service, set this as webapp:api. Furthermore, multiple roles can be assigned using “/” to delimit the services and roles, such as webapp:api / webapp:db to set the two roles of “api” and “db”.

For EC2, the tag can be set from the following screen. 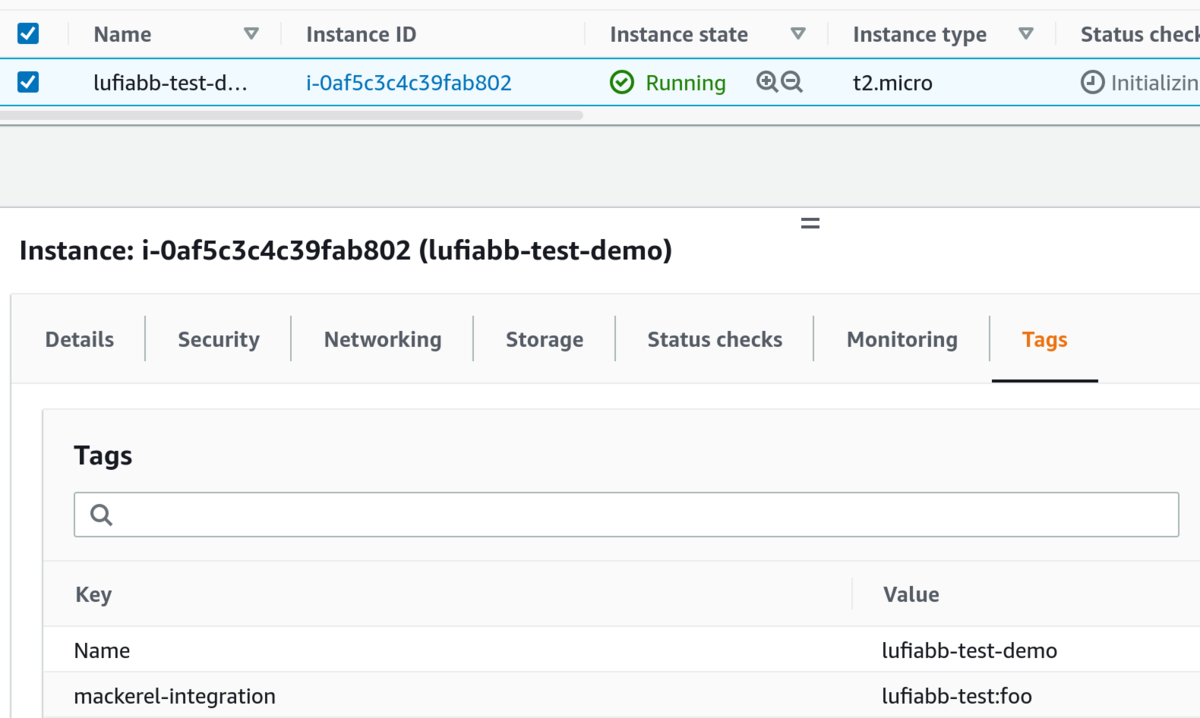 The initial release will support the following AWS services.

The tag editor of the AWS resource groups can be used to check the tags set in the current resource, so please check the current settings before the release planned for late February.