Mackerel's record for consecutive releases has finally reached its 200th week. And we owe it all to you guys. As always, thank you so much for all the pull requests and feedback!

To celebrate this release, we’ve redesigned the Mackerel top page. 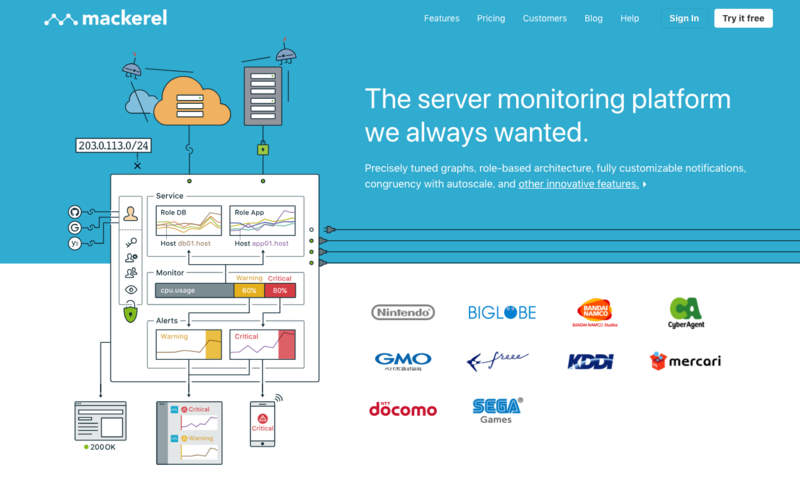 Alert groups feature has been released

Up until now, there have probably been quite a few people who have experienced trouble with large quantities of alerts, for example, when a failure occurs in a place that has a wide range of impact such as the network or storage. It can be easy to overlook important alerts that get buried in such large quantities and difficult to grasp their chronological order.

This week we’ve released the “Alert groups” feature that consolidates multiple alerts that occur at the same time into groups, reduces the amount of notifications, and makes it easier to understand the chronological order of alerts.

By configuring an alert group, you can consolidate related alerts into one group by specifying the service, role, or monitor settings.

For more of the specifics, take a look at the following screen in the help page. 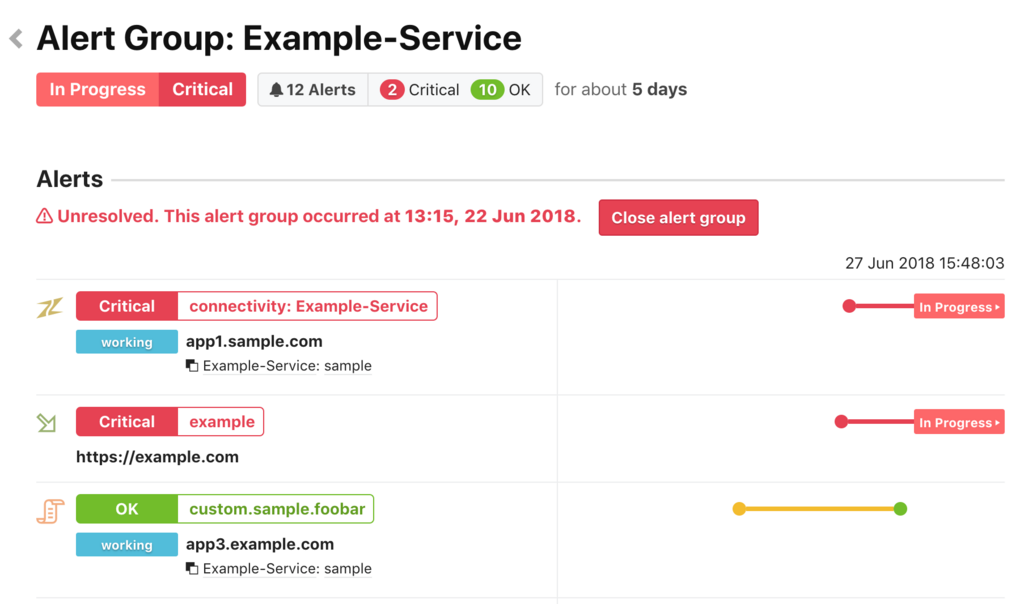 In this case, alerts for multiple servers (app1.sample.com, app3.sample.com) and multiple monitoring items (connectivity, URL outline monitoring, custom.sample.foobar) are consolidated into a single group called Example-Service. Creating an alert group makes it easier to see the sequence of troubles that occurred in chronological order and whether or not they’ve been closed. On top of that, since notifications are sent based on the alert group, the problem with inboxes and chat tools being overrun by notifications is solved. By receiving one alert in the alert group, you can simply watch the status of that alert group, making operations more simple.

If you’re unsure about what kinds of things to group, first try creating a group for a role that has multiple hosts. If you don’t have such a role, we suggest trying to setup an alert group for one service.

Be sure to check out the the help page below and give this new feature a try!