Since the recent release of the public beta version of Mackerel’s container agent, the number of cases used in container environments has increased.

In Mackerel’s existing billing system, all components are converted into a unit called a ‘host’ based on usage, and calculated at a rate of 1,800 yen per host. The host unit has a strong connotation as equivalent to one server, and this concept doesn’t really match actual applications with recent container environments and cloud managed services.

So, starting from May 2019, the billing system will be newly revised, dividing the existing ‘host’ billing unit into two separate billing units, standard hosts and a micro hosts. 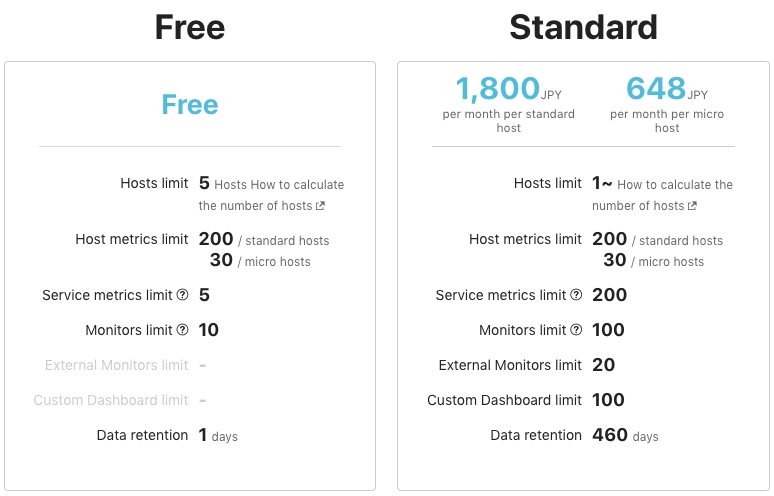 With the transition to the new billing system, there are no operations or procedures that need to be performed by the user. The new rates will be applied starting in May 2019, thus affecting the bill of June 2019.

Below, we’ll go over some of the details regarding standard host and micro host units.

The following are billable targets for a standard host.

The following are billable targets for a micro host.

Micro host targets that are currently being charged as regular ‘hosts’ will be automatically change to being calculated as micro hosts starting in May 2019.

If you have any questions or concerns, contact the support team at support@mackerel.io.